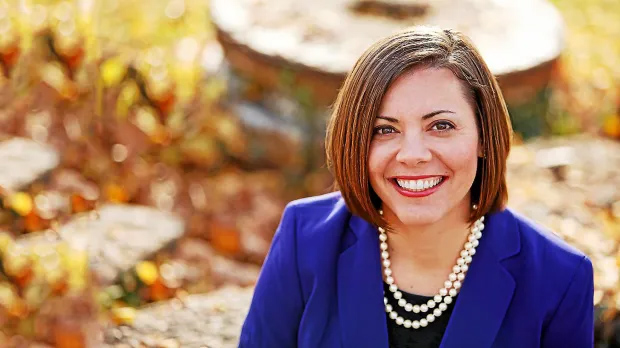 Democrat Christina Hartman announced on Tuesday that she is withdrawing from the Democratic primary election in Pennsylvania’s 10th Congressional District:

“Today, I’m ending my campaign for Congress,” she said in a statement. “When the new districts were announced, I had to make a quick and difficult decision to continue my campaign in a new district. After further consideration, I’ve decided that this is not the right time for me, and I will support the Democratic nominee in November.”

Hartman, a Lancaster County resident with a background in nonprofits, had initially intended to run in the 16th District, which she lost a bid for in 2016. The district had included parts of Lancaster, Chester and Berks counties. However, the state Supreme Court recently redrew Pennsylvania’s congressional map, after finding the previous map was unconstitutionally gerrymandered. Under the new map, all of Lancaster County and part of York County are represented by the 11th District, which is now more Republican-friendly than the old 16th District. The incumbent in the 11th District is Republican Rep. Lloyd Smucker, who defeated Hartman in the 2016 general election for the then-16th District.

Republican Rep. Scott Perry will be the incumbent in the 10th District. With Hartman leaving the race, four candidates remain in the Democratic primary: Shavonnia Corbin-Johnson, Eric Ding, Alan Howe and George Scott.

“I decided to run for Congress three years ago because I want to fight for all central Pennsylvanians – to make sure they were represented in Washington on the issues that matter most to them – from good jobs and workforce development to protecting Social Security and Medicaid,” Hartman said. “I’d like to thank each and every person who supported our campaign. Though I will not be a candidate for Congress in 2018, I remain deeply committed to these issues and to central Pennsylvania.

“In the coming weeks and months, I will determine the best way to make an impact in our area moving forward.”