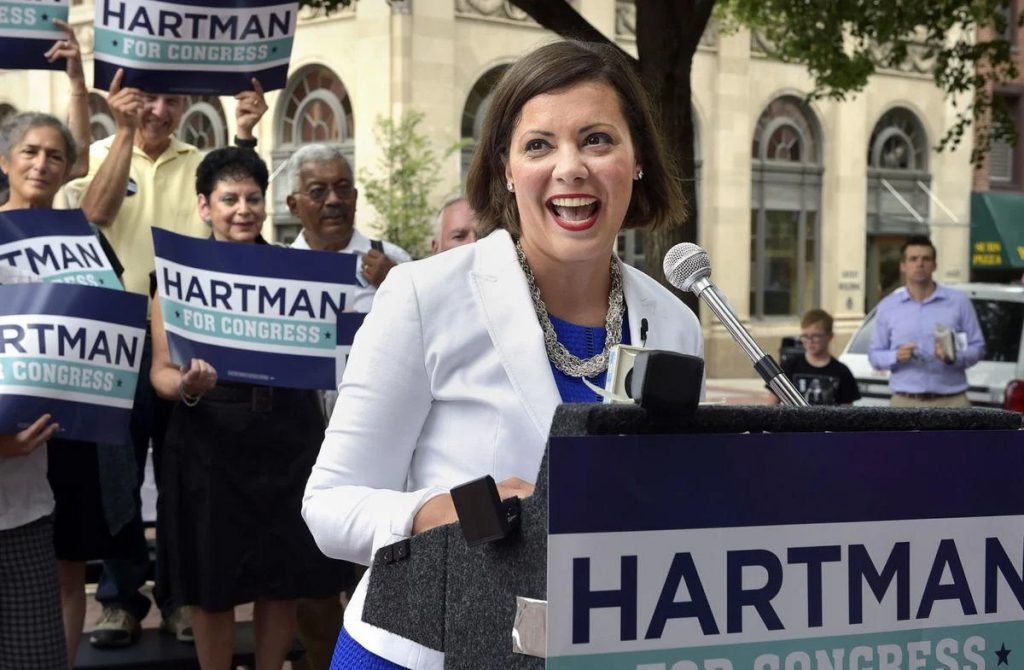 Former congressional candidate Christina Hartman announced she is running to become the state’s next auditor general.

Hartman, who grew up in Manheim Township, is running for the state’s top fiscal watchdog spot as a Democrat to fill the shoes of Eugene DePasquale, who is the current auditor general now running against U.S. Rep. Scott Perry in Pennsylvania’s 10th congressional district.

Hartman is a consultant for nonprofits and has spent almost her whole career on federally funded projects, including a $44 million project set up in three countries. This and her many years preparing for federal audits are what makes her uniquely fit for this position, she said.

“One of the funny things about politics is that folks don’t always consider the job description when they’re running,” Hartman said in a phone interview Wednesday. “It’s a job we’re running for. And this is where I have the most to offer.”

Hartman said it’s “a great time” to run as DePasquale finishes his final term as auditor general, she said.

Hartman has made two runs for a U.S. congressional seat. She ran in 2016 against U.S. Rep. Lloyd Smucker and lost by 34,083 votes. She ran again in the 2018 Democratic primary for the same district until the state Supreme Court redistricted the Lancaster County area from the 16th congressional district to the 11th District. This made the area “unwinnable,” Hartman said Wednesday, noting that the Republican advantage for the new district, once it included southern York County, increased 9 points to a 14-point “Republican lean.”

She then announced her candidacy for the 10th congressional district in Dauphin County, before eventually dropping out from the race all together before the primary.

Despite these unsuccessful congressional attempts, Hartman believes this statewide position fits her skill set the best.

“We are having a moment in government where we need good people to serve and do good work,” Hartman said.

“We wish her well and support her personally,” Hentz said. “We’re grateful for the support she’s giving to candidates who are running (in the November election).”

Dennis Stuckey, a Republican county commissioner, is another Lancaster resident who is considering running for the state’s top fiscal watchdog spot. As of Sept. 11, Stuckey had not decided whether he would officially enter the race.